As an Amazon Associate, we earn from qualifying purchases. This means that if a reader clicks on a link or an image of the product, we may receive a commission. There is no additional cost to you — it helps pay for hosting and server costs. And it does not affect the quality of the content, as we always recommend our readers the best sources.

Looking for the best AMD graphics cards for gaming is quite challenging, especially with the growth in demands for cryptocurrency mining hardware. It’s clear that you won’t be getting a good graphics card for your gaming unless you are willing to pay extra money.

Moreover, modern gaming is becoming more and more demanding. With the release of the new generation of AMD graphics cards, gamers have a wider range of choices to make. To help you with that, we’ve created a roundup of best AMD graphics cards for gaming.

Table could not be displayed.

Based on the AMD’s latest Polaris core, the AMD Radeon RX 480 is available in 4GB and 8GB configurations. For experiencing games with ambitious visual effects, such added memory can create a significant difference.

However, the RX 480 is not an ideal choice in all games. Compared to its same-price competitor from NVidia – the GTX 1060 – the RX 480 seems to fall behind in some performance tests although the margin is not wide. Anyway, if you’re a fan of AMD, it still deserves a place on your roundup of best AMD graphics cards for gaming.

It is the updated version of the AMD Radeon RX 480 and based on the same Polaris core architecture. Like its predecessor, the RX 580 also comes in two choices of memory storage: 4GB and 8GB.

For the solid gaming experience, you should get yourself a graphics card with at least 4 GB of VRAM, and the Radeon RX 580 4 GB is definitely a better choice. It performs better than the 3 GB version of the NVidia GTX 1060 in most games and only comes with a similar price. The only problem is that the RX 580 tends to use more power which makes it a little hot while running.

For the smoother experience, the Radeon RX 580 with 8 GB of VRAM is a great deal. But you won’t notice any big difference in terms of gaming when compared it to the 4GB version. Only when you’re playing in high resolution, things might be noticeable.

The AMD Radeon RX 560 stands in the middle between the GTX 1050 and GTX 1030. It comes with 4 GB of VRAM and a relatively powerful GPU (again, at this price range). The performance is quite close to the GTX 1050. You won’t notice a few FPS differences unless you put them into tests.

Moreover, the price is good, which is slightly cheaper than the GTX 1050. Considering the performance, it wouldn’t be a bad idea to grab yourself an RX 560 instead of a GTX 1050.

The RX 570 is a minor enhancement based on the RX 560. In particular, it features slightly higher clock speeds and runs at lower power consumption in case of not in use. About the performance, it can allow you to run some latest games in full HD at High and Very High settings. For example, we experienced Battlefield 1 at 90+ fps at High settings in full HD.

With 4GB and 8GB versions available, not to mention a variety of different cool designs. But if your budget is a bit wider, you should consider an RX 580 as their prices are very close.

Because the market of graphics card for gaming is getting wider, it wouldn’t time-consuming if you can wait a bit more to get a better deal. In this case, the new generation of AMD’s APU is worth your time. Technically, the AMD Ryzen 3 2200G is not considered as a graphics card, but a CPU with integrated GPU instead.

Its performance is quite close to the GTX 1030 but with a poorer stability, especially when being paired with low-quality RAMs. The biggest drawback of the AMD Ryzen 3 2200G is that it doesn’t have built-in VRAM, so you will need to pay an extra cost for having better RAMs to handle the graphics.

Note that the AMD introduced the Ryzen 5 2400G which is slightly better in terms of both CPU and GPU performance. However, as its price is much more expensive compared to its improvement, it’s not really a worthy upgrade for your choice.

Radeon RX Vega 56 is a high-end product from AMD and a direct competitor to the GTX 1070. While the GTX 1070 doesn’t seem to be a better choice in terms of price, the Vega 56 is a real threat. Although it might consume more energy and run louder, it delivers relatively great performance as well.

As an updated version of the RX Vega 56, the Radeon RX Vega 64 delivers significant improvements over the previous card, making it a worthy competitor to Nvidia’s GTX 1080. Although it isn’t as rapid as the NVidia counterpart, again, it’s much more affordable in terms of pricing.

The graphics card market is crazy at the moment. So, you should be well-prepared before buying a new card for your gaming system. Hopefully, our list could help you by providing an informative insight into best AMD graphics cards for gaming.

Remember to purchase your products from trusted sellers. And if possible, you can consider used hardware since the mining thing is starting to settle down. Who knows, you might be able to extract really good deals. 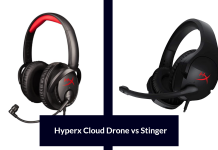 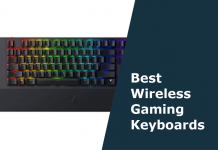 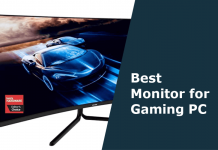 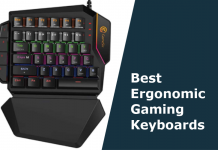 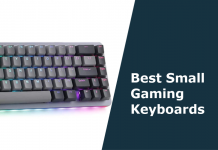