It has been many years since the day Candy Crush Saga was released, and its heat seems like to never go down! It’s common knowledge that even right now when you’re reading this article, millions of people all over the globe are trying swiping their phone screens to match the candies.

If you love to play easy match-three puzzle mobile games like Candy Crush, the list below is my recommendation. Let’s find out!

First and foremost, we must talk about Bejeweled – a legendary puzzle series. I used to be so excited playing Classic Bejeweled on the computer when I was just a little kid.

When playing Bejeweled, all you need to do is to swap one gem with a beside one to form a horizontal or vertical chain of three(or more) gems of the same color. Points are given when chains of at least three similar gems are formed.

When chains are formed, the gems disappear and other chains of gems fall from the top to fill in gaps.

Released in 2001, Bejeweled was initially created by PopCap games as a web-based flash game, it then has been ported to other platforms including Microsoft Windows, as Bejeweled Deluxe, and iOS devices. The series has always going with the flow of technology change. Nowadays, it does not just stop as a web-based flash or PC game, we can find Bejeweled on the top download applications for Android and iOS. There are even Xbox’s version!

Following the success of popular titles such as Bubble Mania, Fashion Story, and Restaurant Story, Storm8 decided to publish Jewel Mania on 2012.

There are over 600 puzzle levels to complete in this game, where it has the elements of smashing the glass in the game and dig treasures to take up more scores and create more combos to increase the score. When making combos, there is a chance for players to get rare magic diamonds and rainbow stars to gain extra scores. One thing lovely about the game is players are usually given free content up.

Published on April 2013 for iOS and on August 2013 for Android. Dots originated as a test project for examining user interaction with iOS interface.

Just in a week after release, it was unpredictably downloaded more the 1 millions times and climbed to the top free application in eight countries. Within two weeks, it doubled the downloads of its first week and users had played approximately 100 million games.

It can be said that Dots is a more minimal and vivid version of Candy Crush. Your mission is to connect as many dots of the same colors as possible in no longer than 1 minutes. It’s free to download but you need to pay to unlock further levels after you tackle the first few levels. I think it’s worth-spending!

The New York Times cited Dots’s simple and colorful interface as a good example of flat design. It was awarded best game on handheld devices and best visual design for the 2014 Webby Awards.

A sequel to Dots, which was published in 2014. Unlike Dots, Two Dots has boosters, objectives and a campaign, meanwhile, lacks of online multiplayer capability. At the start of the game, only level one is unlocked. Each following level is unlocked only when the previous level is beaten. The player must connect at least two dots of the same color horizontally or vertically in order to make a move.

Two Dots received so many positive comments from critics on GameRankings and Metascore. While it was praised for its flat minimal design and a lot of obstacles and level layouts, it was also complained for its slow life-generating system, which is 10 minutes shorter than Candy Crush Saga. Others imperfection resembling Candy Crush include some levels which are nearly impossible to tackle and prompting the player to make in-app purchases of extra lives or booster packs.

5. Hexbee – Let’s get lost together in a flowery honeycomb

Hexbee takes you to the mission of handling a flower field, where instead of matching three identical flowers or items, it is now five. Though the difficulty does not have much difference from a standard match-three game, it puts you in a large honeycomb which it gives you more chance to land multiple combos.

It’s still an fantastic game, despite of not being level-based. You just need to break your old record and get to the top of leaderboards. Hexbee has three different game modes that keeps itself always challenging. And thanks to Retina Display support, its design looks stunning.

6. Zookeeper Battle – Get the tasks done with cute animals

Zookeeper Battle is not simply a match-three puzzle game, players will have to play as a zookeeper when playing the game too. Players’ main mission is to keep and take care of animals in the zoo, and then make a battle for them against competitors from around the world. The battle here is not a fighting, it’s time for match-three puzzle again!

Zookeeper Battle is a fast, lovely, simple yet so addictive game. More than just puzzle battles, you can create your own zoo, decorate your avatar and even take on quests to protect your zoo. There is also monthly events keeping things challenging.

Its graphics resemble previous GBA-based games so it looks so vibrant and stunning! The sounds are 8-bit exciting background pieces of music and they match perfectly with the cute tone of the game. The only issue with that game is that it takes quite a long time to generate a new match. You are limited to 6 plays, each lost play is automatically regenerated after every 15 minutes.

7. Angry Bird Match – The birds and green pigs are actually conquering the world!

Following the successful breakout of Angry Birds series,  Rovio have experimented their bird mascots and evil green pigs together into all sorts of genres ranging from simple bubble shooter to a Lego-type building game. Now, they’ve done it once again with a match-three puzzle game.

Presenting a simple but challenging mechanics, you have to match items, collect sweets, and clear out obstacles like mud. If you manage to match four or more matching objects, you can call out the big birds, which later will help you out in removing obstacles. If you are consistent to the game, there are also weekly events that will keep you hooked.

Although the game is graded 4.7/5 on Google Play, the most popular opinion among reviewers is that the levels are too easy. This means that you may hardly enjoy the game for very long. In contrast, the nicest thing about the game is that it’s not stingy about free lives, coins or gems. Players will be rewarded with things like unlimited lives for an hour and starting the next level with extra moves. That would be so incredible!

The game tells the story of Monsieur Chef Panda, who are enjoying a culinary adventure across the world to collect recipes for a baking competition. Just like Candy Crush Saga, you’re only given a limited number of moves to reach your goal, thus there are only few of boosters you can use to help break off or swap game pieces for you.

While Cookie Jam’s look, feel and gameplay have much similarity to Candy Crush Saga, it still gets credit for being a harder game. As you progress throughout 100 levels and try to earn all 3 stars for each level by doing well, you’ll unlock new challenges, including a wider array of matching types, shifting map shapes and more on-board obstacles.

Juice Jam is the sibling to Cookie Jam in Jam City family. In this game, you need to get various fruits on the game board by matching them in horizontal and vertical lines to create tasty smoothies. The smoothies then will be served according to customer’s orders which is your target in each level.

This design shows us a good mix of challenge and strategy as players will need to organize customer’s order logically and in order allow another to take their place as well as to guarantee no fruits are wasted.

Entering Jelly Splash Match, players will find themselves getting lost in dozens of colorful, squishy jelly creatures as they as they make their way through the game’s 100 challenging levels to save the jelly kingdom from an evil swarm of invading purple mushrooms.

Jelly Splash offers different level types, but none of them are anything that you can imagine. From the basic “match-enough-to-reach-the-score” levels to more difficult levels.

In my opinion, the weirdest thing in Jelly Splash is the fact that the game does not provide any kind of power-ups to assist you tackle some levels with better star-qualifying scores. Furthermore, the only thing you can buy in store are just more packs of coins, which can be only used to purchase more lives. 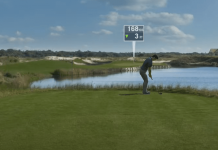